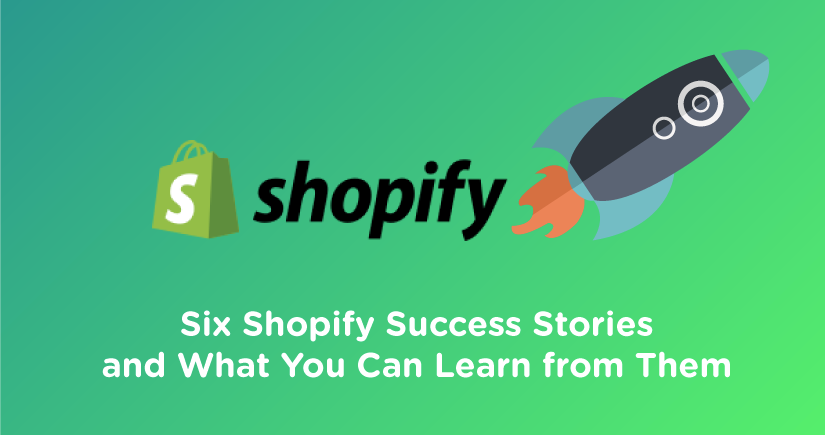 Six Shopify Success Stories and What You Can Learn from Them

Many online shops have grown to become successful businesses on the Shopify e-commerce platform.

If you have a business idea you’ve been thinking about, launch it on Shopify. Yes, I recommend Shopify.

Shops from different niches are launching on the platform.

Lots of people have found success on Shopify. You too can.

Maybe you struggle to make ends meet. Or, you want to get out of debt.

This article will tell you success stories of entrepreneurs who are making it on Shopify.

1. Lee Ware: He quit his corporate job to launch a glass studio on Shopify

Lee Ware is the founder of Unity in Glass, a boutique glassblowing studio on Shopify.

Lee now works every day for long hours and enjoys what he does. Glass blowing.

Lee was on anti-depressants for five years before launching his glass studio.

After thirty years working in the corporate world, Lee realized that it wasn’t meant for him.

It was time to change.

Lee assessed his savings account and made a plan for a huge change.

Lee became an independent artist and a business owner.

Here are the steps he took to facilitate change:

Shopify makes it easy for him to run his studio without stress.

Shopify takes care of hosting and most of the technical things.

But if you want to speed up your store’s growth, you can’t just rely on Shopify alone. You need more.

And what is that?

GrowthFunnel will help you build a conversion funnel on your site that converts visitors into customers.

When online shoppers visit your site, they see popups that talk to them directly.

GrowthFunnel allows you to create popups that address visitors by their first names.

GrowthFunnel personalization technology will recognize them and their history the moment they land on your site.

You can use this information presented to you by GrowthFunnel to create popups that offer attractive discounts to customers.

They’ll see popups like the ones in the image below:

The amazing thing is that it’s free to start using GrowthFunnel.

So, you have no excuse.

Shopify made it easy for a 14-year old girl to sell stuffed animal online.

The school is in the Silicon Valley and gives girls opportunities that are mostly associated with boys.

I’m talking about opportunities in math, science, leadership, technology, and even skateboarding.

Girls have an entrepreneur class where they work in teams to form a company. They design and manufacture a product and even pitch it to real VC investors.

Sydney came up with a simple product idea:

An animal pillow with a useful pocket on the back.

They made the animals look pretty on the pillows.

Sydney thought, “why not turn it into a real business?”

She told her parents about the idea, and they loved it.

They decided to open their store on Shopify.

“Shopify templates were clean and modern and setting up the site was really easy,” said Sydney.

Shopify made Poketti looked big, even though it is only a family business.

Sydney drew the animals on her pillows using Adobe Illustrator. And she found it fun.

Manufacturing her products became an obstacle because she and her parents knew nothing about toy production.

They had to find an experienced partner:

He also guided Sydney and her parents on getting their toys pass inspection by the State of Pennsylvania’s upholstery division.

They also learned they needed to order 20,000 Poketti to help keep their costs down.

By this time, they couldn’t afford to continue with the business.

So, they created a Kickstarter campaign to raise money for the business.

At 14 when schoolwork gets in the way, Sydney continued to design new animals for Poketti.

As a young entrepreneur, she has amazing feelings holding her products. And selling on Shopify was easy.

If a 14-year old girl can design her products and sell them on Shopify with little assistance from her parents, why can’t you?

3. Catherine Choi: From being in the financial industry to selling bags on Shopify

Catherine Choi had a job in the financial industry that offered security and status her parents could brag about. But she was unfulfilled.

She decided to quit her job and started searching for a business idea.

Then she had her first child. Noah.

Many times, Catherine found herself carrying a crying baby and searching for keys inside her bag.

That was when she thought, “I’m going to design a diaper bag.”

Catherine and her husband approached a bag maker in Montreal, Canada.

He was too expensive. But he helped the couples created a few bags they used to test-run the product.

Then they started working with manufacturers in China.

At first, the couples sold their bags through local retailers.

Then they built their store on Shopify.

They got bloggers and press to be interested in their products, and that led to a lot of visits to their online shop.

The SoYoung Shopify store and online presence generate 25% of their revenue.

For example, integrating MailChimp with Shopify allow them to send segmented email messages to customers based on their location and purchase history.

Shopify has allowed Catherine and her husband to increase online awareness for their business.

4. Jamie Siminoff: Turning his frustration into building a business

Jamie Siminoff is the founder of Ring.com (formerly DoorBot).

He missed an important package because he couldn’t hear the doorbell while in his garage workshop.

Jamie was frustrated to miss another important package.

He looked at his phone and thought to himself:

“This is where my door should be answered.”

Ring was the first video doorbell for smartphones.

When he told his wife about the idea, she quickly accepted it.

He went to work on the idea with his team at Edison Junior.

Edison Junior is a design laboratory, where they design and develop technology products.

Jamie raised money to fund the product design and development on Christie Street, a crowdfunding platform for hardware.

Below is the video they used to raise money on Christie Street.

In less than a year after many sleepless nights and cups of coffee, the product was built and ready to hit the market.

Then he decided to launch their product on Shopify.

Within a very short time, Ring surpassed $1 million in sales.

With a platform like Shopify, ready to help you sell your product, you can achieve anything if you’re willing to work hard for it.

5. Rich Brown & Rossa Shanks: Reinventing the maps and selling it on Shopify

Great Little Place, or GLP, is a London-based startup, founded by Rich Brown and Rossa Shanks.

They sell through their Shopify store.

They get talented artists to draw the maps, and they print them to sell in their store.

The Shopify platform makes it easy for the business to grow. Right now, all they do is print more maps and a little marketing.

6. Will Leonard: From vacation to building a shoe company

Will Leonard was on a boat with his family and her mom’s friend when they saw a fish that looked like a shoe.

Her mom’s friend hand-painted a few white canvas shoes to mimic the colors of the fish.

They didn’t really pay much attention to it until they noticed nearly everyone on the beach was wearing black or brown flip-flops.

They saw an opportunity to insert color into the vacation shoe market.

Will met a cobbler in San Francisco, who made the first few samples.

Those samples helped him get in touch with an overseas factory, who produce enough for him to start selling online.

That was how Blu Kicks was born.

The first few sales came via word of mouth.

Then they launched on Shopify to target the United States vacation shoe market.

Will uses a Shopify app, ShipStation to handle shipments.

If there’s anything you should take away from these success stories, it’s the fact that anyone can build a thriving store on Shopify.

Shopify gives you all the tools you need to build a beautiful store.

But you need more than just Shopify.

With GrowthFunnel, you’ll be able to convert random visitors into customers and advocates of your brand on social media.

Thank you for reading.

And please share this article with your friends on social media.

I am a growth enthusiast serial entrepreneur, conversion scientist and a proud father.